Work on Troop Levels in The National Interest

In conjunction with Secretary of Defense Ashton Carter’s visit to Baghdad this past week, Defense Department officials announced that American-trained Iraqi troops would lead the charge to retake Ramadi from Islamic State forces. Over the past few months, the Obama administration has sent American military advisors to train Iraqi forces, culminating in the critical role of these trainees in this week’s offensive. The military advisors, alongside drone strikes and strategic bombings, represent yet another attempt by the Obama administration to escalate American involvement in Iraq without sending boots on the ground. What is notable about this move is that it pursues military objectives without risking American lives, and that it comes about as a Presidential election draws close. The tactic of increasing American involvement abroad without deploying troops mirrors many of President Obama and Secretary Carter’s other national security policies in 2015—sanctions against Russia and Iran, a carrier to interdict Iranian weapons moving to Houthi rebels in Yemen, and the placement of US military equipment across Eastern Europe.

Many different factors play into each U.S. foreign policy decision, but our research shows that the similarity in these decisions may simply be that 2015 is the beginning of a U. S. election cycle. In our analysis of 50 contributing countries to Operation Enduring Freedom (OEF) and the International Security Assistance Force (ISAF) in Afghanistan, we find that these types of policies, which limit and/or reduce troops on the ground in order to minimize casualties, are typical of democratic countries entering electoral periods. Put otherwise, leaders choose policies that reduce the risk of casualties based on electoral considerations rather than the specific strategic needs of an international crisis, potentially undermining its successful result. 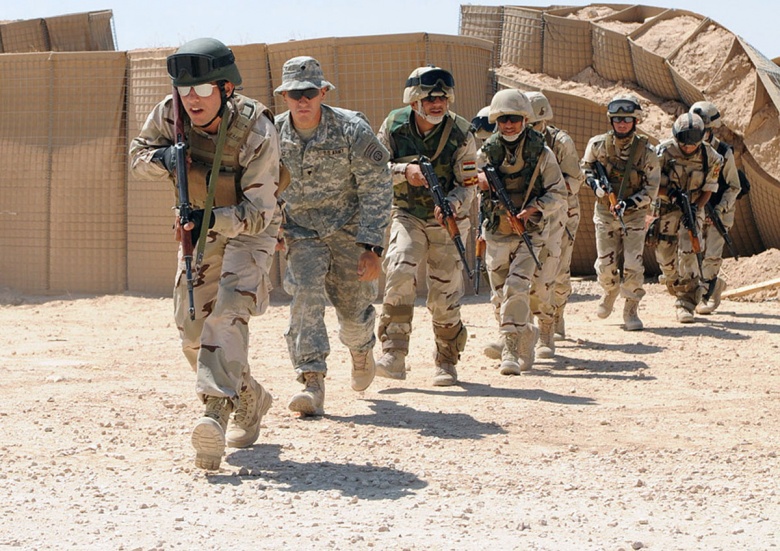 Electoral incentives have repeatedly led to lower troop commitments abroad during electoral cycles. For instance, the United States sent nearly 20,000 fewer troops to Afghanistan during election years as compared to non-election years. According to our estimations, over any given year of the conflict, a troop decrease of this magnitude over the course of a year would lead to 200 fewer American casualties. Since the United States suffered at most 942 casualties in any given calendar year—in the non-election year of 2010—200 fewer casualties represents a substantial decrease in casualties.

Electorates may be accepting of casualties in an existential conflict, as Peter Feaver and others have argued, but they will have far less patience for the extended participation and concomitant deaths of their country-men and women in distant peace enforcement campaigns that may last years. Casualties make all the wrong types of headlines for leaders that want to signal their foreign policy competence as elections approach. Examining cross-national polls as well as national polls in the United Kingdom and the Netherlands, we discovered that casualties on the battlefield are associated with disapproval of the mission in Afghanistan. Using data from a cross-national poll conducted by Transatlantic Trends, we found that the share of the electorate demanding withdrawal from Afghanistan during an electoral period increased by 10% for every 50 new casualties abroad. The same polls revealed that British citizens increasingly perceived that their government was losing the war as more British lives were lost and that Dutch citizens were more likely to be aware of the mission when their country suffered casualties.  Close to elections, such statistics matter for politicians hoping to appear competent and wanting to stay in power.

American presidents have historically demonstrated keen awareness of the necessity to work around electoral cycles to fight wars abroad. The war in Vietnam offered few prospects for quick resolution while claiming American lives by the thousands. As our argument would predict, Lyndon Johnson drastically increased the number of US troops in Vietnam only after the 1964 election, though the United States had by then been directly involved for at least a decade. Although Johnson lowered the rate at which he sent troops to Vietnam as the 1968 election approached, the United States continued to suffer drastic casualties, rendering both him and the war unpopular. Richard Nixon continued American involvement well into his first term, before beginning the permanent withdrawal of troops before the elections in 1972, contrary to the advice of many of his military advisors. Johnson and Nixon’s both reduced their troop commitments at the exact time they and their parties faced important elections.

Even when existential threats from other states may exist, the potential for casualties abroad can make presidents hesitant to intervene before an election. Woodrow Wilson infamously campaigned on the slogan “he kept us out of war” in 1916 before urging Congress to enter World War I in April 1917. Similarly, Franklin Delano Roosevelt promised that Americans “are not going to be sent into any foreign wars” on the campaign trail in October 1940, with declarations of war against Japan, Germany, and Italy coming a little more than a year later. In both cases, new developments—continued unrestricted submarine warfare, Pearl Harbor—made immediate the benefits of committing troops, thus aligning the costs in casualties and benefits and thereby making entry into the war less electorally damaging.

Realpolitik-minded scholars have long lamented this possibility. Up until now, however, the evidence that such cycles with these types of effects exist in security politics was relatively inconclusive or merely anecdotal. Our study aggregates information on 157 elections, in 50 countries, observed over a total of 120 months, to provide systematic evidence of this electoral effect on security policy. Put simply, there were fewer boots on the ground in Afghanistan as elections neared.  Such cycles exist in Presidential systems such as the American one, but also in the parliamentary system of allies such as Denmark and the United Kingdom, and in the more mixed authority systems of France and Poland.

Although this approach to decision-making is part and parcel of electoral politics in all democratic countries, leaders can make use of alliances and multilateral coalitions of the willing to help counter-act the electoral effect on national security policy and troop deployments. International relations scholars and policy practitioners alike have pointed to alliances as a way to share the burden of military campaigns. Our research suggests another critical use for alliances and less formal multilateral coalitions for even the most militarily capable countries. The broad—and much maligned—coalition in Afghanistan helped ensure a constant flow of troops even as vital contributors such as the United States, the UK, and Canada held frequent, troop-reducing elections during the conflict. For example, as the Bush administration reduced American troops in Afghanistan from about 20,000 to 17,000 in the run-up to the 2004 election, ISAF allies increased their contributions from 4,000 to more than 7,000 over the same period.

During the average electoral period over the course of the conflict, allies not facing elections increased contributions by more than double the number of troops in-election countries reduced during that time in order to compensate for electorally-induced drop-offs. Since electorally-minded leaders will remain hesitant to commit troops on the ground during election years even when an international crisis may call for it, those same leaders should work within multilateral coalitions like ISAF and alliances like NATO as much as possible. In this way, leaders, with assistance from allies, can continue to carry out national security objectives successfully when their attention must inevitably turn to the campaign trail.

Given these electoral incentives, what’s next for U.S. foreign policy? American policymakers have so far hesitated to commit troops to the Middle East to face ISIS in Iraq or Bashir al-Assad’s troops in Syria head on. Because the United States has just begun a new electoral cycle, this is unlikely to change in the near future.

However, since policy-makers avoid troop commitments because of fear of casualties, we should continue to see an increase in low-casualty risk operations such as sanctions, bombings, and drone strikes. As with Lend-Lease aid to the allies during World War II, these policies offer decision-makers a way to remain engaged abroad without risking casualties, even if research and experience show that these actions—aid, sanctions, naval and air power, etc.—may not be the most effective tools of a country’s security policy.

Free from the shackles of a looming election, however, Obama’s successor, regardless of party or individual ideology, will likely be more willing to undertake policies that might risk American casualties.